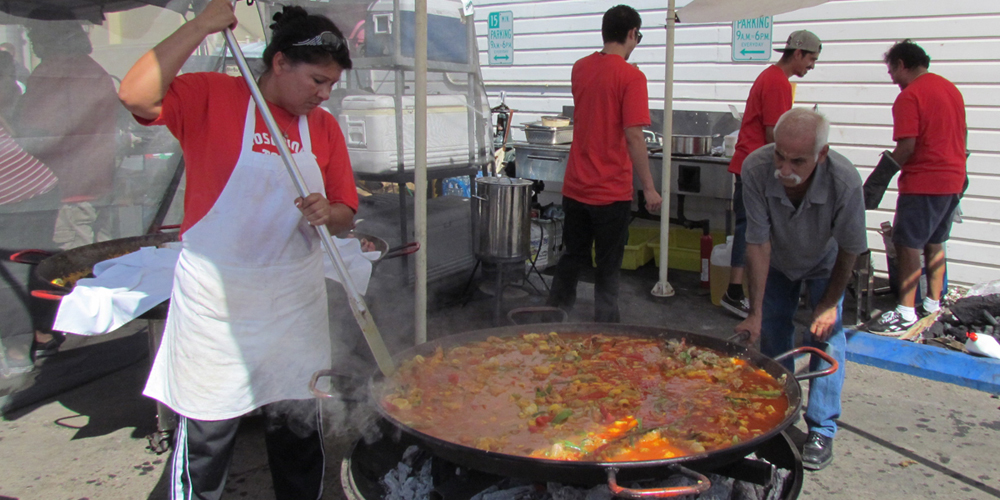 The Harbor & Seafood Festival offers locals and visitors alike an interactive day, reminding us all that Santa Barbara Harbor is a working harbor where more than 100 fishermen land 10 million pounds of seafood each year, bringing $30 million to the local economy and beyond.

Festival History Santa Barbara Harbor, with over 1,100 boats, has always been home to a working commercial fishing fleet. On any given day, seabass, swordfish, sea urchins, shark, crab, and lobsters are swung from decks of boats beneath the City pier into waiting trucks. Decades ago, an annual Fishermen's Festival featured a "Blessing of the Fleet", plus a parade of fishing boats packed with people and covered in flowers and streamers. Eventually, this tradition faded, replaced by an annual Harbor Festival designed as a fundraiser for a local home for unwed mothers. Although successful for years, the festival ultimately fell on hard times in the late 1990s and was absent from the Waterfront for two years until it was reinvented in 2002, moved from the Spring season to the Fall season and altered to make local fisheries a cornerstone of the event. Today, the annual Harbor and Seafood Festival, held on the second Saturday in October, draws thousands of people to the Waterfront to enjoy succulent seafood like fresh lobsters and barbequed albacore, plus a host of other seafood treats and marine-related information and demonstrations.